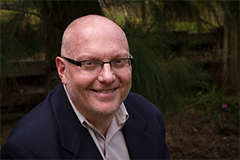 Professor Beever is a leading tort lawyer and theorist of private law. He is the author of five books as well as numerous journal articles and book chapters, and his research has had a considerable international impact on scholarship in his areas of expertise. In recognition of this, he has won significant awards for his research, including a von Humboldt Research Fellowship from the Alexander von Humboldt Foundation, Germany and a Major Research Fellowship from the Leverhulme Trust, in the UK. Symposia on his work have been hosted by the University of Newcastle upon Tyne Law School in 2013 and by the Australian Society of Legal Philosophy in 2014. Professor Beever previously held positions at the universities of South Australia, Ottawa, Southampton, Durham and Auckland and at the Max Plank Institute for Comparative and International Private Law, Hamburg. He joined AUT in 2014. 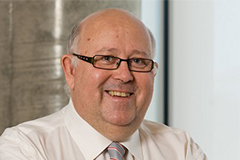 Professor Rickett is Dean of the School of Law at AUT. His research focusses around three major areas. First, he is interested in the overall structural coherence of the private law and the fit of its various parts. Secondly, he is interested in the doctrinal developments in the law of unjust enrichment. Thirdly, he is very concerned about the manner in which the doctrine of the express trust is being seriously corrupted by legal practitioners and courts as the latter use the notion of client flexibility to achieve ends for which the trust was never intended nor able to sustain. He is gradually developing a theory of Equity based on founded on traditional view of conscience and a good man theory of law rooted in corrective justice. Professor Rickett is a world renowned Equity and Unjust Enrichment lawyer and a highly sought after contributor to professional activities.

Helen practised law in New Zealand at Russell McVeagh McKenzie Bartleet & Co (commercial litigation department), and in England at Herbert Smith (banking and international finance litigation group).  She has also taught at BPP University College, part of Apollo Global, an international educational investment company. Helen sits on the academic committee of the Banking and Financial Services Law Association (Australasia) and on the education committee of the Society of Trust and Estate Practitioners (NZ).  Her primary research interests focus on trusts, both commercial and domestic, and equitable issues in banking and commerce.  She consults regularly within the legal sector on proposed legislative reforms and other areas of interest.

Pam has been a law lecturer for almost 20 years, teaching predominantly business law courses in Commercial Law, Company Law, Contract and Tort Law and Finance Law, as well as her specialist area of Employment Law. During this time she has also consulted and provided industry training in a range of legal compliance areas. Her current research interests are focused on Employment Law issues, including the legislative duty of good faith in the employment relationship, but she has also published on corporate governance, security market regulation and the corporatisation and privatisation of public assets.

Pam convenes the Employment Law Forum in the New Zealand Work Research Institute and has been instrumental in establishing the New Zealand Labour Law Society of which she is currently the Secretary.

Pheh Hoon’s main interests are in intellectual property, especially copyright law and digital technology. She has presented at conferences in NZ, Australia, the United Kingdom and Europe. Her earlier articles, published by the International Review of Intellectual Property and Competition Law and the European Intellectual Property Review, deal with a controversial and much traversed issue on the idea-expression dichotomy in copyright law and peer-to-peer file sharing. The latter compares the legislative initiatives in the United States, United Kingdom, Australia and NZ. More recently, her research has focussed on software licensing and exhaustion of rights in digital goods, and patent law.

Rod has some 30 years experience concerning land title and development issues. He started his legal experience as a legal officer and assistant land registrar at the Land Titles Office, Auckland in the early 1980s. For some 12 years he was then a property lawyer with one of New Zealand’s biggest law firms, specialising in advising developer clients. For a further 12 years he was a barrister sole at the Auckland bar, litigating and advising on land issues, co-ownership issues, and general land law disputes

Lida Ayoubi joined the AUT Law School in 2016. She completed her LLB at University of Tehran in Iran before undertaking postgraduate studies in Lund, Sweden. While studying international human rights law at Lund she developed an interest in the interface of human rights and intellectual property rights. Later on, she contributed to the Access to Knowledge project funded by the Raoul Wallenberg Institute of Human Rights and interned at the World Intellectual Property Organization (WIPO). Lida completed her PhD degree at Victoria University of Wellington in 2015. Her doctorate investigates the case of access to copyright protected works for the blind and visually impaired persons as an example of the interface between intellectual property and human rights law.